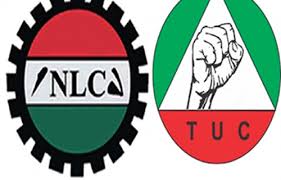 Rising from its National Executive Council meeting during the week, the Trade Union Congress (TUC) and the Petroleum and Natural Gas Senior Staff Association of Nigeria (PENGASSAN), have cried out to the Federal Government to urgently address the cases of insecurity across the country.

A communiqué issued after the NEC charged the government to adopt more practical efforts towards wiping out killings, kidnapping and insurgency to save the country from total collapse.

The communiqué signed by its president, Quadri Olaleye, and Secretary General, Musa Lawal, resolved to participate in the rally against war slated for January 25, as part of measures to promote global peace.

Aside the TUC, PENGASSAN called on the government to declare a state of emergency on internal national security saying it is the core responsibility of the state.

A statement signed by its president, Ndukaku Ohaeri, said “While all effort has been on terrorism, the incidences of kidnapping, armed robbery, stealing, cattle rustling, ethnic clashes and cultism have greatly increased.

“There is a need for the Nigerian Police Force, Nigerian Security and Civil Defence Corps and other internal security agencies to become more visible in maintaining the security of lives and properties in Nigeria.

“This should start with re-orientation of officers and men, capacity building, remuneration and strengthening of community police relations.”

PENGASSAN also called for the use of modern facilities and technologies to enhance community surveillance, saying that effort should also be made to identify and weed out officers whose unethical conducts were frustrating the sanctity of security agencies.

NERC cap ambush: Why Discos may rush customers with meter from now