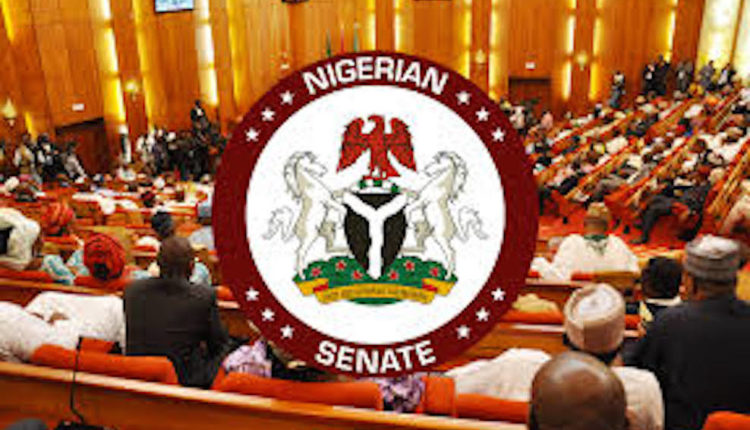 Recall that CNI is one of the key demands of the Nigerian Communications Commission (NCC) and MNOs to ensure a halt to rampant vandalism of telecommunications infrastructure.

The Group wondered why the Senate has not given CNI Bill accelerated passage into law as means to deter criminal elements and even overzealous states’ government agencies from continued damages and shutdown of telecoms infrastructure nationwide.

The Director General of DEMS Volunteers’, Prince Stan Okenwa, in a press statement issued by the group on Sunday, said that Nigeria’s inability to enact laws to designate telecommunications infrastructure as critical national infrastructure is one of the challenges frustrating speed of investments by industry players.

He said “Just recently, the issue of drop calls has been on the front burner, but have we asked ourselves why this may persist!

The statement signed by the Director of Communications, Mr. Peter Oluka, the DG said, “Airtel Nigeria, just last week, reported that it recorded about 1,022 fibre optic cable cuts in eight months. How do you expect them to meet up with the obligation of 100% uptime with regards service delivery?

“We understand there are lots of road construction works going on across the country and the telcos need to begin to work in partnership with the Ministry of works to show marks where these cables are laid. We also understand that some times, the telcos are confused as to which government agency is responsible for one fee or the other. This has to stop. Let the fees and rates be harmonised.

“If you also consider this report which notes that in 2015, the telecom industry recorded over 10,000 generating sets losses to miscreants who broke into Base Transceiver Stations (BTS) to steal diesel, batteries and others, then, what are we saying? The country needs to move faster to avert impending doom because telecom has become an economic enabler contributing close to 12% to our GDP”, he said.

Continuing, Prince Okenwa argued that “DEMS Volunteers believes that whereas the CNI bill has been with the National Assembly for over one decade, this industry has continued to squeeze water out of rock by attracting over $70billion in FDI and more investments are coming.

“Just last week, MTN Nigeria just said it will invest N600billion in three years,” Okenwa continued and averred that “The Senate should save the soul of this industry. The rate of vandalism, especially fibre cuts has increased by 80 per cent since 2016.

“Thus, the passage of this bill alongside the enforcement of Section 4 of the Cybercrime Act, which make reference to CNI, will protect the industry and ensure the growth of the sector”, he added.

The advocacy group further advised the Federal Government to consider issuing Executive Order to this effect should the NASS continue to foot drag on the CNI Bill passage.

Prince Okenwa also recalled that “To show example, South Africa has gone ahead to enact a new law protecting the critical infrastructure thereby replacing the outdated apartheid-era National Key-points Act of 1980. Time is now for Nigeria to move and lead by example.”