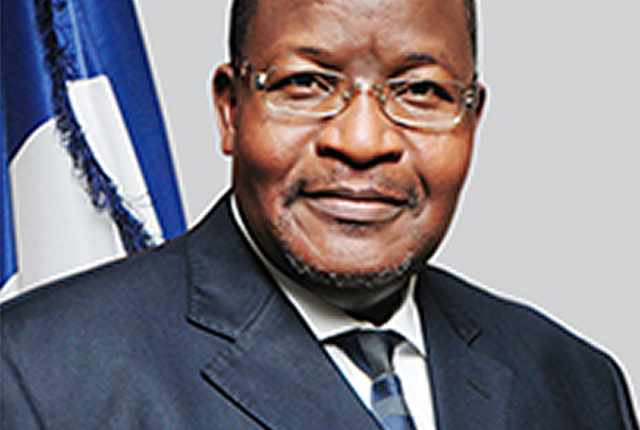 The activation of Emergency Communication Centers (ECCs) across the country by the Nigerian Communications Commission (NCC) is making far-reaching impact and enhancing the Federal Government’s drive to improve security of lives and property, the Executive Vice Chairman of the Commission, Prof. Umar Garba Danbatta, has said.

According to Danbatta, “the IPRA Golden World Awards (GWA) 2020 won by the Commission and the APRA Certificate of Excellence to the Commission were for its harmonized emergency number, 112 and the construction of ECCs across the country, as well as for the efforts in leveraging the emergency communication centers for national security.”

Danbatta, while receiving the twin awards from the Director, Public Affairs of NCC, Dr. Ikechukwu Adinde, who had earlier accepted the awards on behalf of the EVC, expressed appreciation for the recognition by the two international organizations.

“On behalf of the Board and Management of NCC, I count these recognitions as very important to the Commission as they underscore our collective efforts towards aligning our regulatory activities in enhancing the security situation in the country,” he said.

Danbatta noted that, at a time when the country is faced with insecurity issues such as  insurgency, banditry, kidnapping, armed robbery and many more life-threatening incidents, including the Covid-19  pandemic, the emergency communications centers, established by NCC across the states and the Federal Capital Territory  (FCT) have been central to saving lives.

With 19 ECC’s already established in 18 states of the Federation and the FCT, Danbatta said the centers play a vital role during emergencies as they facilitate response from emergency response agencies such as the Nigerian Police Force, the Federal Road Safety Commission (FRSC), the Nigerian Security and Civil Defence Corps (NSCDC), Fire and Ambulance Services, National Emergency Management Agency (NEMA) and others by dialing 112 from any network.

“The ECC has transformed lives and helped many in handling emergencies today. It is no doubt having positive impacts on lives, improving security and providing jobs for Nigerian youths,” he explained.

Continuing, Danbatta said “because of the recognition of the important role the ECC is playing in states where we have activated them, many states are asking us to come and activate their ECCs and serious work is ongoing in this regard, as we know that this important life-saving facility supports security architecture in the country”.

The ECCs were activated as a one-stop shop for receiving distress calls from the public and dispatching same to appropriate Emergency Response Agencies (ERAs) for timely response and resolution of the distress.

Earlier in February, 2020, the Commission was inducted into the membership of the Forum of Spokespersons of Security and Response Agencies (FOSSRA).