Danbatta at ITU in S’Africa, silent on sale of 9mobile, DPF, RoW for Infracos 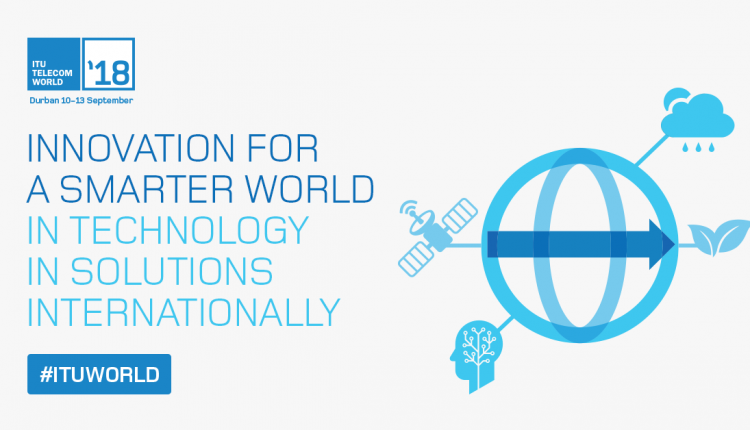 The leader of Nigerian delegation to the International Telecoms Union (ITU) World 2018 conference currently going in Durban, South Africa and Executive Vice Chairman of the Nigerian Communications Commission (NCC), Prof. Umar Danbatta on Tuesday, opened Nigeria’s Pavilion.
In his remarks, he raised the appetite of international investors in areas in need of massive investments including introduction of emerging technologies recently launched Nigeria’s ICT Roadmap and driving broadband penetration.
While thanking the leadership of ITU under the Secretary General, Mr. Houlin Zhaohe noted that “We also come to share our experiences and take home new ideas in global best practices that will assist us to strengthen our regulatory processes and interventions that will make the accelerated growth of telecommunications to dovetail into a better and stronger economy”.
Though he laid great emphasis on the feats so far recorded by Nigeria in the telecoms industry, Prof Danbatta was mute on critical issues currently hobbling the industry including the delay in completing the Commission’s integrity test on Teleology Holdings Limited, the bid winners in the sale of 9mobile.
The nation’s telecoms industry watchers had been apparently put in incommunicado by the NCC for too long in coming out to tell Nigerians the real new owners of the troubled telecom.
Aside the silence on 9mobile ownership issue, the EVC was also mute on another industry issue; the massive call for review of Data price Floor (DPF) which remains a big issue in Nigeria’s data market segment.
For several months, the Internet Service Providers (ISPs) including Main Network Operators (MNOs) and leading industry stakeholders’ bodies had been calling for the review so as to spur the needed investments in the sector by players and possibly, new entrants.
But the Commission had remained adamant without any reason for its delay or silence on the matter.
Business Hilights recalls that due to the crisis bordering on unregulated DPF, several ISPs have collapsed as many of the struggling ISPs cannot muster the courage to go for licence renewal apparently caused by lack of level playing ground and ongoing suppression of smaller service providers by leading MNOs.
Only recently, the management of Association of Licensed Telecoms Operators’ of Nigeria (ALTON), led by Engr Gbenga Adebayo had raised alarm on the rising collapse of service providers in the data segment due to the stalemate in arriving at a new DPF capable of encouraging more investment in the sub-sector.
However, even at home, the NCC had remained adamant on their pleas and also extended the muteness on the matter at the ongoing ITU.
On encouraging international investors in the area of coming to deepen investments in the nation’s broadband penetration campaign, Prof Danbatta only gave shallow details on the importance of growing the sector but maintained blackout on why licenced Infrastructure Companies (Infracos) are still finding it hard to rollout services and associated fibre optic cables across their respective zones.
However, Danbatta averred that “We at NCC are conscious of the role assigned to us in the Roadmap and National Broadband Plan to drive Broadband penetration beyond the minimum target of 20% to reach the maximum target of 30% target, hopefully before the end of 2018. At 22%, we have already exceeded the minimum target”.
“The NCC has put in place incentives for Infrastructure Companies (Infracos) in order to encourage speedy deployment of infrastructure that will deepen broadband penetration as quickly as possible.
“This is part of the roadmap to take Nigeria to the next level under the Open Access Model template. So far, six Infraco licences have been issued to cover Lagos, North East, North West, South South, South West and South East zones of the Country. Arrangements are underway to re-licence the North Central zone.
NCC was however, short of words on giving Company-by Company details on their respective progress made so far so as to raise appetite of international investors.
Though Prof Danbatta revealed incentives for new investors on Infraco licences including securing of a special facility for Infracos, he was silent on the singular key challenge of licencees which has been Right of Way (RoW) access across the states of the federation and the inability of either the Commission or federal government to convince state governments’ to provide soft landing for Infracos.

Buhari set to get three competitors in APC presidential primaries but…