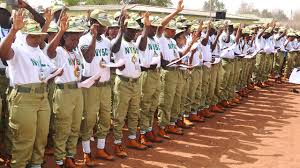 Fresh production capacity expansion deal has been sealed between the management of the Cross River state-owned Calabar Garment factory and National Youth Service Corps’ (NYSC) for the production of 8,000 pairs of uniforms.

Business Hilights recalls that the now growing garment factory is one of the industries established by Governor Ben Ayade in his first term, in line with the industrialisation policy of his administration.

In an interview with Business Hilights South-South Bureau Chief in Calabar, the state Commissioner for Industry, Hon. Peter Egba, said the factory was given eight days to produce the uniforms, explaining that this was a product of the engagement it had with the authorities of the NYSC.

Hon Egba added that the new deal would not only sharpened the skills of the workers but generate revenue for the state and further show other uniformed agencies that Calabar garment factory has come to stay.

“For me, this order is a manifestation of the engagement we have had over time. It helps sharpen our skills; keeps the employees busy and generate revenue.

“The Governor of Cross River State, Prof Ben Ayade, in establishing the garment factory, stated that the factory would be among those to decouple the state from overdependence on federal allocation.”

The Commissioner further noted that “The NYSC brought their materials to us to make for them at the garment factory. Basically, the idea behind this was that they wanted to test our capabilities to deliver within a short period. That was why they gave us only eight days to deliver 8,000.”