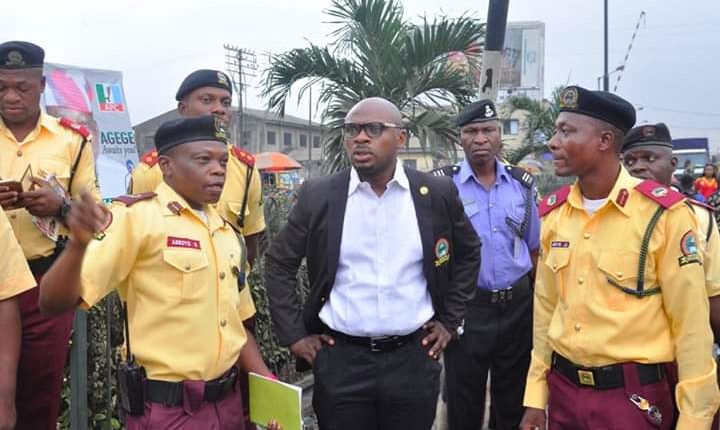 At a time the current administration in Lagos State has not only jerked up existing fines, but introduced more worrisome penalties, the Court of Appeal sitting in Lagos has ruled that the imposition of fines by the Lagos State Traffic Management Authority (LASTMA) is illegal.

According to the appellate court of competent jurisdiction, imposition of penalties by the LASTMA ultra vires its power, especially where no platform was established to observe the principles of natural justice.

The ruling stemmed from the appeal filed by LASTMA over an initial judgment delivered by a Federal High Court on September 16, 2011, in the suit no FHC/L/CS/653/2011 wherein it was held that it breached the right of the respondent in the suit.

Business Hilights recalls that LASTMA had appealed the judgment delivered by Justice Okon Abang wherein the court declared that the unlawful assault and illegal arrest, seizure and continuous detention of applicant’s Pick-up van with registration number BE 736 KSF by the respondent on March 18, 2011 was a breach of the applicant’s fundamental right to human dignity as guaranteed by Section 34 of the 1999 Constitution.

The applicant, Mr. Jonathan Odutola had filed the suit against LASTMA over the alleged unlawful detention of his Pick up Van, and the court awarded N500.000 as damages against (LASTMA) and ordered issuance of public apology.

But worried by the judgment, LASTMA went ahead to appeal the ruling which had lingered till the latest judgment sustaining the High Court pronouncement.

In his lead judgment, Justice Jamilu Yammama Tukur, the court held that “by the provisions of section 1 (1) and (3) of the 1999 Constitution of the Federal Republic of Nigeria, the constitution is supreme and its provisions are binding on all authorities and persons in Nigeria.

The landmark ruling, which was further adopted by Justice Biobele Abraham Georgewill and Justice Abimbola Osarugue Obaseki-Adejumo, averred that “If any law is inconsistent with any provisions of the constitution, the constitution shall prevail and other law shall to the extent of that inconsistency be void.”

Appeal Court also cited cited Nosdra v.Exxonnmobil (2018) LPELR -44210 (CA), pp 5-9 para E-C, and further held that the imposition of a fine by the appellant, it (LASTMA) acted in a judicial capacity which they are not imbued with under the constitution.

“The appellant constituted itself into a court with judicial or quasi-judicial powers, when ìn fact the law that created it did not donate such jurisdiction to it.

By doing so, the appellant became a judge in its own cause, the complainant as well the judge, contrary to the maxim ‘nemo judex in causa sua’. The court will not allow any authority to act ultra vires its power under the constitution.

“There is, therefore, a lacuna in that law creating the appellant. In view of the fact that the main crux of the respondent’s grievance bothers on the imposition of fine/penalty on it, I hold that there is no merit in this appeal whatsoever. I find the appeal as lacking in merit as same is hereby dismissed,” the court held.

Business Hilights recalls that not up to two months in office and upon horrible state of roads in the state, the new administration led by Mr. Babajide Sanwo-Olu, introduced fresh penalties on traffic offences which run contrary to the provisions of Federal Road Safety Corps (FRSC) regulations.

For instance, part of the new traffic rule provided that drivers defaulting One-Way rule will be fined up to N200,000 and in some cases, have their vehicles forfeited to the state.

Since the introduction, there had been outrage even as majority of motorists are calling on the government to first put the roads in order so as to have the locus standi to blame offenders who are actually trying to avoid failed portions of the state roads.

Nigerians getting tired of Amaechi and Lagos-Ibadan rail delivery date?

Customs: If Senator Fadahunsi is saying the truth, can the presidency act?