In continuation of Business Hilights ongoing series cataloguing the milestones of the telecoms regulator, the Nigerian Communications Commission (NCC) in 2019, we will be looking at feats achieved in the areas of improving security of lives and property; Licensing of more VAS aggregators; and, Regularising Commercial Satellite Operations for Increased Access.

Boosting FG’s Push for Improved Security of Lives and Property

The NCC has lived up to expectation in the last four years of through aligning itself with the ongoing efforts of the Federal Government to improve security of lives and property for Nigerian citizens. This effort has been in the area of reinvigorating the implementation of the Emergency Communication Centres (ECC) project and the continuous cleaning up of the Subscriber Identification Module (SIM) cards database. The ECC project is an initiative capable of offering a round-the-clock access to Nigerians, who may seek help during emergencies or impending threats to life and property, wherever they may be in Nigeria by merely dialing 112 Emergency Number as unveiled today. This is aside several other socio-economic benefits this security-enhancing project brings to Nigerians.

First, in line with the decision of the Federal Government to enhance security of lives and properties in the country and in apparent response to public demand, the National Assembly, in 2003, enacted the Nigerian Communications Act (NCA) 2003 and in Section 107 (3) (a) & (b) of that Act, the NCC was given some mandates. The mandates include taking immediate steps upon the commencement of the Act to promote and enhance public safety through the use of a particular number which shall be designed as the universal safety and emergency assistance number for telephone services generally; and encouraging and facilitate the prompt deployment throughout Nigeria of seamless, ubiquitous and reliable end-to-end infrastructure for emergency communications needs.

Consequently, the Commission realised that the task of ensuring security is not the sole responsibility of the government or a government. Rather, all must be involved to bring the security situation under control because security threats are not limited to any section of the country. This informed why the NCC, in the last four years, has continuously paid special attention to the implementation of the ECCs.

The ECC project will definitely add a lot of value to our security architecture by providing useful information on emergency situations to the National Emergency Management Agency (NEMA) and other emergency and law enforcement agencies, which are expected to provide the much-needed help to Nigerians during emergency situations. 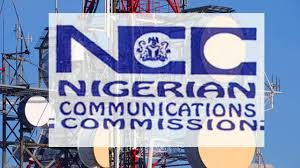 The ECC project got fully activated, following the NCC’s resolve to pay greater attention to the implementation of the ECC project in the last four years. Today, the number of operational ECCs has increased drastically to 17 states of the Federation and the Federal Capital (FCT), Abuja – 18 ECC in all. The list of beneficiary states includes: Benue, Kwara, Plateau, Kaduna, Kano, Katsina, Ogun, Ekiti, Ondo, Oyo, Edo, Akwa Ibom, Cross Rivers, Imo, Anambra, Enugu, Adamawa and the FCT, Abuja.

The commissioning of the National Emergency Toll-Free Number “112” and the Katsina State ECC to take care of the North-West geo-political zone was successfully carried out on September 23, 2019. Necessary preparations and arrangements are, however, ongoing towards ensuring successful launch/commissioning of such centres, including publicity and enlightenment in the remaining five (5) geopolitical zones and the FCT.

Closely linked to the NCC’s efforts in implementing security-focused initiative were the Commission’s ongoing efforts towards sanitising the country’s SIM database for increased security in the country. In 2019, over 24 million invalidly-registered subscriber records were scrubbed (deduplicated) by the Commission via Automated Fingerprint Identification System (AFIS) in fulfilment of the mandate to establish a credible database of telephone subscribers.

Following the development of its Value-Added Service (VAS) Aggregator Framework for the telecoms VAS segment, the NCC, in 2019, awarded the VAS Aggregator licences to 10 companies to provide aggregator services. The award of such licences is expected to boost the competitiveness of telecoms VAS segment. The framework will also help to unlock the huge potential of the telecoms VAS market, which has been estimated to be worth $500 million in the next few years. The VAS Aggregator licensees are I-Cell Multimedia Limited, Nina-Jojer Limited, 21st Century Technologies Limited, Nitroswitch Limited, HML Consulting Limited, Iykejordan Limited, Cognys Systems Limited, Perpetual Communications Limited, Mobile Intelligence Limited and Aerandir Technologies Nigeria Limited.

In line with the relevant provisions of the Nigerian Communications Act (NCA), 2003, the Commission, in 2019, finally regularised the activities of all commercial satellite operators including space station operators and earth station operators. It also issued Landing Permits to Space Stations beaming signals over Nigerian territory. In June, 2019, the Commission granted its first-ever landing right permit (licence for satellite internet) to Avanti Communications Groups Plc, a United Kingdom-based satellite operator, for hosting of its HYLAS 4 Satellite specie segment over Nigerian territory. The landing permit, which was the first of its kind in satellite communications in Nigeria, implies authorisation that allows operators to beam its signal over the territorial integrity of a country.

Chief Regulatory Officer of Avanti, Ann Vandenbroucke, stated during the granting of the permit by the Commission that the deployment of the satellite would enable immediate broadband access and faster internet services to Nigerians, saying the permit was a big step forward for Nigeria and its economy. The company further stated that it was “attracted to invest in Nigeria because of the stable and predictable regulatory environment.”