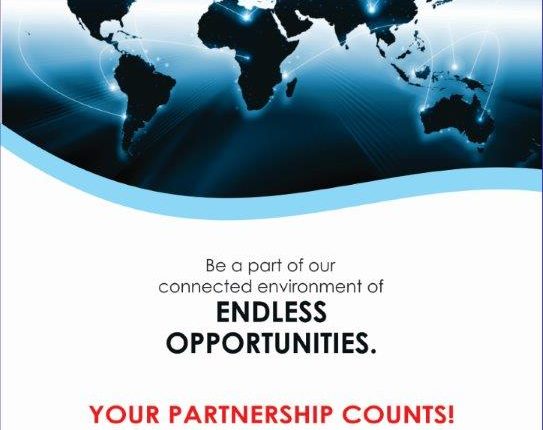 There had been strategic improvements since the takeover of affairs at the Nigerian Communications Commission (NCC) by Kano State-born Electrical/Electronics professor, Alhaji Umar Garba Danbatta, following his appointment by President Muhammadu Buhari in November 2015.

We will be looking at three key areas in this edition including Regulatory Excellence and Operational Efficiency; Deepening Stakeholder Engagements; and Facilitating Telcos’ Listing on NSE.

Consistent with its commitment to engender operational efficiency, the Commission in inaugurated the use of a five-storey building constructed by Commission, in 2019, essentially meant to complement its Maitama Headquarters Building. Located at 1253 Cadastral Zone, Mbora District, Abuja, the project had been abandoned for a long period for lack of funds to complete the massive structure. Besides providing nearly a hundred-room office accommodation, the new building is equipped with facilities such as swimming pool, lawn tennis courts, underground car parks and a 600-seater auditorium for conferences and seminars.

Currently, no fewer than five departments of the Commission have since moved into the new building now called ‘NCC Head Office Annex’, using the world-class facilities and this has improved their operational efficiency. The move has also helped to significantly decongest the Head Office Building of the Commission located at Maitama District, Abuja for effective regulatory operations. More importantly, the continuous hosting of most of the Commission’s activities inside the 600-seater auditorium architecturally situated within the new building is said to have been resulting in appreciable cost-saving for the Commission. This move, thus, gives concrete expression to the Commission’s compliance with the cost-cutting measures of the Federal Government as directed by the supervising ministry.

Since 2015, no week has passed without the NCC engaging with one group or agency of government or the other across the country. This, the Commission considered important because of the daunting tasks and challenges in the industry. So far, the regulator has had consultations with several stakeholders as critical success factor in its regulatory mandate and consultations with stakeholders had yielded enormous positive results.

For instance, apart from the monthly Telecom Consumers Parliament, the Commission has always engaged the Nigerian Governors Forum (NGF), collectively and individually, to address industry challenges, in the areas of multiple taxation, regulations and Right of Way, among others. These engagements, no doubts, have brought about effective partnerships with relevant stakeholders, thereby fostering ICT for sustainable economic development and social advancement. The Commission, in the last four years, has held several regional stakeholders fora across the six geo-political zones in order to sensitise various stakeholders on such issues as telecom infrastructure protection, invalidly-registered SIMs, and so on.  Several fora are also being held with the academia and other professional bodies towards ensuring proper linkages in the industry.

The credit for the listing of MTN Nigeria on the Nigerian Stock Exchange (NSE), in 2019, largely goes to the Nigerian Communications Commission (NCC) for its smart regulation of the nation’s telecoms industry through ensuring operators’ compliance with the rules of the game in the industry. The listing was one of the dividends of a ‘no-nonsense’, outstanding and effective regulatory posture of the Commission. The listing of MTN has, thus, served as tonic to other telcos to follow in the same direction such as the listing of Airtel.

As the country’s independent telecoms regulatory authority, the NCC essentially facilitated the landmark listing of the country’s largest telecommunications operator on the bourse in line with its mandate, as enshrined in the Nigerian Communications Act (2003) and other subsidiary regulations to promote investment, create a level-playing field for all licensees, ensure compliance to existing telecoms laws and facilitate delivery of top-notch quality of services (QoS) delivery to the consumers.

Suffice to say that through this smart regulation and intervention by the NCC, leading to the listing of MTN on the NSE, a new vista of opportunity has been created in the history of telecommunication industry in Nigeria. Through the listing, Nigerians are being empowered to own, control and manage shares in MTN Nigeria.

Commenting on the listing during a forum held in Abuja in 2019, the EVC of NCC had said: “The MTN listing has helped to translate into action, an important objective of the Commission, which is to promote local investment and ownership in the telecom sector. Also, with MTN shares available in the capital market, it is expected that Nigerians will buy shares and by purchasing the shares of MTN, they will be financially empowered and be socially transformed.”

“In addition to benefits to the consumers, we all know that telecoms is a capital-intensive industry and of late, we have found out that the inflow of Foreign Direct Investment (FDI) into the sector has not been as much as it used to be and there is so much for the telcos to still do in terms of expansion and this expansion requires capital. Industry issue bordering on poor quality of service is being partly traced to lack of sufficient infrastructure to cover the entire country.

Also, one of the benefits of telcos listing on the NSE lies in the opportunity they have in raising more capital for network expansion, which will, in turn, bring about improvement in the quality of service delivery and quality of experience for telecom consumers.

Despite the seeming volatility of the Nigerian capital market, the telcos’ listing has helped in making the market capitalisation more bullish. Today, capital market regulator and shareholder bodies have commended the effort of the NCC in making the capital market more resilient through facilitating telcos listing – a move that was the results of the conditions for settling the sanctions imposed on MTN for violating subscriber registration rules in the telecommunications sector.

31 global facts on 5G everybody must know