Can Nigeria survive strained relationship with US over Sowore? 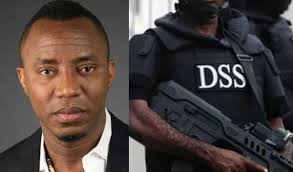 Though current US President Donald Trump, may not have been in the league of US chief executives that is so much pissed by instances of abuse of media rights and freedom of speech when his stand on the mysterious death of Saudi Arabian media mogul, Jamal Khashoggi is put on the table, the apparent recurring excesses of the Department of Security Service (DSS) on the publisher of Sahara Reporters, Omoyele Sowore, may spark off diplomatic crisis that may hit the Nigerian economy very bad.

Following Friday’s scuffles and apparently ‘Nollywood scenes’ displayed by the operatives of the DSS at the floor of a competent court of jurisdiction (Federal High Court) in Abuja where Sowore was almost assaulted in the name of re-arrest on account of a yet-to-be known offence, strong danger signal has emerged from the US Senate.

Weekend, United States (US) Senator Robert Menendez has said America will review its relationship with Nigeria over the continued detention and re-arrest of Sowore, revealing that “We are watching and will be reviewing our relationship with the Nigeria government.” Menendez made the comments at a press conference jointly addressed by Sowore’s wife, Opeyemi in the US.

Menendez, a Democratic senator representing New Jersey, warned the Nigerian government that “(for) any harms that come to Sowore, there will be consequences.”

Menendez described the incident as a “blatant miscarriage of justice” which is “symptomatic of closing political and media space in Nigeria.” 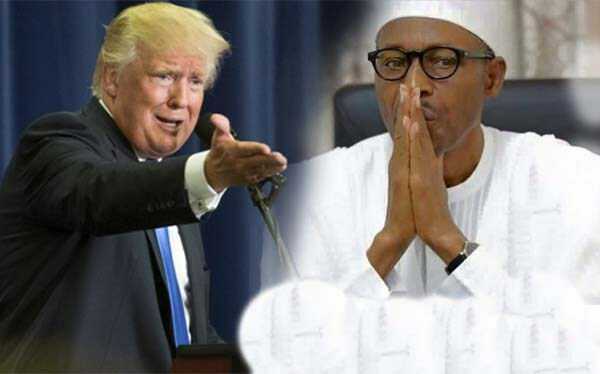 The US Senator said he will be engaging directly with US Ambassador, Mary Beth Leonard, in Abuja to raise Sowore’s case at the “highest levels of the Nigerian Government so that the Buhari administration gets the message that we are committed to defending Sowore’s rights and securing his release.”Recall that DSS had on Friday re-arrested Sowore barely 24hours after his release at the courtroom without any form of reason adduced as the fracas last.

The surprise act came just a day after his release having spent over 90 days in custody following his planned nationwide protest tagged ‘#RevolutionNow’.

In the ruling that was finally obeyed by DSS, the court awarded N100,000 against the prosecution for failing to comply with court orders requesting the release of Sowore and for not serving the defence counsel with necessary documents early enough.

However, since after the courtroom fiasco Friday and the stampede that ensured, Sowore and his co-defendant Bakare were rearrested and returned to custody by the DSS.

Reacting furiously on the DSS actions Friday, legal luminary and human rights lawyer, Mr Femi Falana recalled that “The atmosphere was very rowdy, but I insisted that the arrest could not be carried out within the precinct of the court.

“He was going to be arrested outside the premises but there was a crowd that resisted the arrest. “I appealed to everybody and asked Sowore to jump into my car and so we drove to the office of the SSS because they said he will just answer a few questions, but now he is being detained.

“We are going to take steps under the law by asking for his release again since they are claiming this is a fresh arrest.

“Nobody has disclosed yet what his charges are; he couldn’t have committed any other offence because he has been detained for the past four months unless the SSS wants to tell the whole world that he committed this fresh offence while in their custody,” he stressed.

Responding to the violent acts displayed by the DSS at the floor of the Federal High Court, Abuja, noble laureate, octogenarian Prof Wole Soyinka recalled that “A few years ago, I watched the video of a pack of the famed African wild dogs hunt, eventually bring down, and proceed to devour a quarry. It was an impala, antelope family. The pack isolated the most vulnerable looking member of the herd – it was pregnant – pursued it, until it fled to a waterhole which, for such animals, is the nearest thing to a sanctuary.

Besides, the Nigerian Bar Association (NBA) has strongly condemned the action of the DSS, which it described as another in the series of impunity and lawlessness exhibited by the DSS, insisting that “The invasion of the court by the agency of the Federal Government of Nigeria runs contrary to the avowed assurances of the President of the Federal Republic of Nigeria that he will ensure that the Federal Government and agencies under it obeys court orders. The disrespect of the court by the DSS is legendary and unrivalled.

“Few days ago, the officers of the Nigerian Police Force exhibited similar traits when it also invaded the precincts of the High Court, Effurun to arrest Mr. Ademi-Akpeto, Chairman of Sapele branch of the NBA. Many Nigerians are still in unlawful custody and not charged to court. Nigerians are now under siege by security agents who have no regards for the law and the courts.

The statement signed by the National Publicity Secretary, Kunle Edun averred that “The above demands of the NBA is without prejuduce to the consultations presently going on amongst critical stakeholders in the legal profession and the judiciary on how best to ensure that this sad incident does not re-occur.”

“NBA thanks all lawyers and Nigerians who have expressed displeasure over this sad incident.