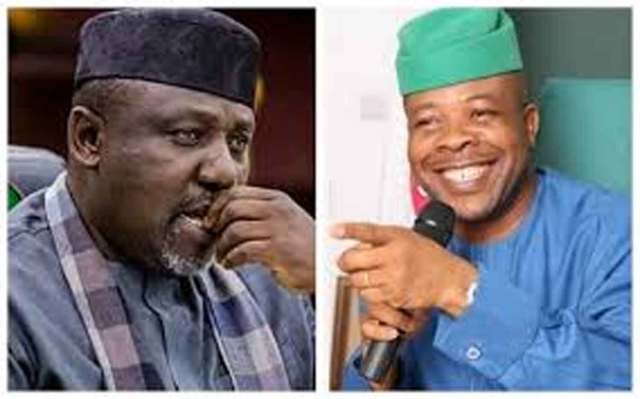 …As one dies during scuffles between party supporters in  Isu LGA

Head of New Media Affairs at the Imo State Government House, has confirmed retrun of normalcy across all the council headquarters of Local Government Areas in the state after some sacked council chairman relied on a Supreme Court judgment on Ekiti State to resume duties.

This is as one of the suspended councillors (APC) returning on the basis of the said Supreme Court was mysteriously shot dead as argument ensued between supporters of ruling PDP and his party. Across parts of the state, Business Hilights South East Bureau chief reports that there were violent co-ordinated simultaneous attempts by the sacked council officials across the 27 LGAs but all failed to gain access at the end.

In a telephone interview Monday, the official confided in Business Hilights that the men were contained even as normalcy has since returned to the third tier of government in the state.

The former chairmen, who apparently adjudged that the Ekiti Supreme Court ruling applied to their case, rushed to council headquarters on Monday but were contained by law enforcement agencies who maintained law and order.

Many political observers who reviewed the matter, argued that if ever the court ruling will apply to them, those that should return to office would those earlier sacked by former Governor, Mr Rochas Okorocha who were elected in 2010 but was sacked in 2011.

Recall also that the Secretary to the Government of Imo State, Uche Onyeagucha, same yesterday, issued a terse statement on the matter, saying “The attention of Imo State Government has been drawn to a plot by some disgruntled/unpopular elements, suspended purported Local Government Council Officers and agents of the immediate past administration to disturb the peace and tranquillity currently being enjoyed by the good people of Imo State.

“Security agencies and the good people of Imo State are hereby alerted about the plans of these unscrupulous elements to instigate violence and challenge Government’s authority.

Continuing, Onyeagucha maintained that “Any individual no matter how highly placed found to be sponsoring this criminal plot will be dealt with. No one is above the Law. These individuals are hereby warned to desist from their nefarious plans as government will otherwise descend the full weight of the law on them. The present Local Government Council Officers remain the legal and Constitutional Officers authorised to administer the 27 Local Government Areas of Imo State.

He made further clear that “All persons caught trying to disturb the peace of the State in any Local Government, will be promptly arrested and prosecuted as criminals in accordance with the Law. Traditional Rulers, Religious Leaders, Community Leaders and Parents are hereby advised to warn their wards not to allow themselves to be used by disgruntled politicians who are not happy about the peace and development currently put in place by the present administration.”

Agbazuere charges Abians in Diaspora to develop home with innovations

Just in: Trump imposes visa ban on pregnant women coming to deliver in US

Grounds for S’ Court to overrule self on Ihedioha Vs. Uzodinma