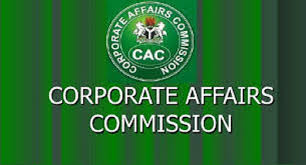 The key challenge that has remained the major complain of lawyers and others wishing to register associations including NGOs, Churches and related bodies at the CAC has been the new twist suddenly smuggled in as a policy by the Commission called ‘Consent’ of the Registrar General to register NGOs and the likes.

Both the Nigerian Bar Association (NBA) and other stakeholders had queried the policy especially on why it should only be one person that will be giving the consent in an economy as big as Nigeria.

Checks showed that there piles of over one million consent applicant since last year gathering dusts at the office of the Registrar General.

Both the NBA and other well meaning Nigerians have called on the Federal Government to prevail on the CAC boss to relinquish such powers to give consent to other senior workers so that there will be appreciable speed  and normalcy in Commission’s activities.

Addressing the media on his stewardship in 2020, the Registrar-General, Corporate Affairs Commission (CAC), Garba Abubakar warned that customers who refused to revalidate their accounts would not be accredited. Garba stated this at a briefing in Abuja, noting that there was the need for customers to update their information as the Commission is considering an amnesty for certain number of years on yearly return filings, even though the details have not been worked out. Speaking on the purported threat by workers of the Commission to embark on strike following disagreement with the management, the CAC boss said the union that issued the strike  is no longer in existence, hence, cannot carry out such an action. “AUPCTRE is no longer recognised as a senior staff union in CAC because of the decision of the National Industrial Court that declares AUPCTRE a junior staff union,’’ he said.

A copy of the judgment has been made available to us and there is no stay of execution on the judgment. To that effect AUPCTRE stopped existing in CAC. It has been dissolved. “Staff of the Commission have been advised to join any organised union of senior staff of their choice. All union dues deductions from staff salaries have been stopped.”