Breakthrough as new US patented vaccine blocks all types of cancer, tumor 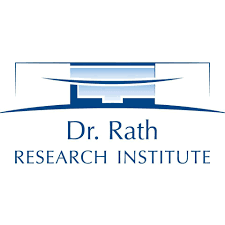 Strong indications have emerged at the Dr. Rath Research Institute, Santa Clara, California, United States of America that the global challenge of cancer and tumor may soon be a thing of the past.
The breakthrough stemmed from the news that a team of researchers from the Institute has developed a cancer vaccine that is effective in reducing tumor growth.
A peptide-based vaccine, it targets specific enzymes known as metalloproteinases (MMPs) that are necessary for any cancer to grow tumors, metastasize, and form blood vessels in tumors (angiogenesis).
Business Hilights gathered that the Dr. Rath research team showed that test animals, vaccinated with peptides containing specific sequences from MMP-2 and MMP-9 and subsequently challenged with melanoma cancer cells, had an average reduction in tumor volume of about 76% compared to unvaccinated controls. Notably, some vaccinated animals did not develop any cancer at all.

The study was published this week in the online Journal of Cellular Medicine and Natural Health.
Cancer remains the second largest epidemic, killing more than 7 million people each year worldwide. Decades of chemo- and radiotherapy and a myriad of recently introduced antibody therapies have done little to alter this. Now, this new therapeutic approach promises to change the situation.
Compared to monoclonal antibodies (Mabs) or biosimilar molecules recently developed to combat cancer, the anti MMP vaccine approach promises to be much more effective as well as affordable in the global fight against the disease. While Mabs/biosimilars are directed against one specific type of cancer, the anti-MMP vaccine targets all types of the disease at once. Moreover, while the Mabs/biosimilars generally require an injection once or twice each month, the anti-MMP vaccine would require one single vaccination with potential boosts only after several years. Additionally, while the annual costs of Mabs/biosimilar therapies average about US$ 100,000 and can reach US$ 700,000 per patient per year, the anti-MMP vaccination – if developed successfully – could be offered to the public by national or international health services at costs below US$ 10 per patient. Thus, this new approach promises to be the first therapy to be affordable for developing and threshold countries in the global fight against cancer. Most importantly, these vaccine candidates have the potential to prevent the disease in the first place, thereby opening the door to the elimination of cancer as a human epidemic.
In a statement sent to Business Hilights from the Institute, it was gathered that to protect this valuable technology from being monopolized by certain investment industries and, thereby, prevent it from being made unaffordable to the majority of patients and nations, the Dr. Rath Research Institute has obtained patent protection for it in many countries.
The Institute is looking for public research institutes, government research organizations, and other non-profit institutions to co-develop this promising technology with the goal to successfully treat, prevent, and eventually eliminate cancer.