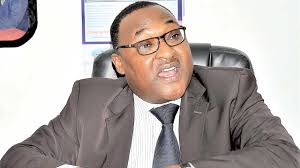 The Nigerian Fleet Implementation Committee chaired by the Executive Secretary of Nigerian Shippers’ Council (NSC), Mr. Hassan Bello has started a drive that may lead to the conversion of the Sealink Project into national carriers.

The move is to meet the growing competition under the African Continental Free Trade Area (AfCFTA).

As the nation with the highest stake in the regional investment, the Nigerian Fleet Implementation Committee convinced the Presidency to utilize the maritime assets to dissipate the nation’s shipping woes in terms of scarcity of ships.

Sealink Promotional Company Ltd (SPCL) is a Public Private Partnership (PPP) arrangement established for the purpose of promoting the development of a regional sealink company that would be private sector driven.

The role of the Sealink Promotional Company Ltd (SPCL) is essentially to raise funding of US$1.5 million from donors, development partners and private sector stakeholders for the promotional activities of the proposed regional sealink project.

The regional initiative was floated to address the high cost of cross-border trade and excessive transit time in West and Central Africa, resulting from lack of adequate transportation infrastructure among states in the sub-region.

Although Nigeria has been in the forefront of the initiative to eliminate barriers to regional integration, improve trade flows and free movement of goods, people and services; sources have revealed to our correspondent that the Presidency has endorsed a change that puts Nigeria first.

Several meetings with the Presidency via the Vice President, Prof. Yemi Osinbajo, has seen the Nigerian Fleet Implementation Committee realize its goal on crude affreightment as the Presidency has instructed the Nigerian National Petroleum Corporation (NNPC) to avail the new vessels crude lifting opportunities.

There are also concerns about the managerial style to be utilized for the new crude carriers and other container vessels as stakeholders have proposed private sector management while the government is open to Public-Private Partnerships (PPP).

Although efforts to reach the Chairperson of the Sealink Implementation Committee (SIC) Mrs. Dabney Shall-Holma were futile until presstime as our correspondent sought to get the vessel types and other assets that could be available from the Sealink Project.

With the support of the Nigerian Export-Import Bank, NEXIM Bank, as the key project promoter, the Sealink Implementation Committee is strategizing for both financial and operational success. Some of the financial partners that have pledged support for the Project include; African Export-Import Bank (Afreximbank) and the EXIM Bank of China.

The Sealink is working with Nigerian Ports Authority (NPA), and has secured approval to use the Ikorodu Lighter Terminal to serve coastal trade. Also, the National Inland Waterways Authority (NIWA) has given approval for the Sealink to use the country’s inland waterways. Work is now underway with the Nigerian Navy to survey the rivers and publish a safe navigational chart that would be internationally-recognized for the operations of Sealink. The survey will advise on where to sweep or dredge the rivers.

According to the promoters, Sealink plans to offer bespoke services to exporters, based on their cargo types and sizes, as well as customized deployment of its vessels and barges based on the depths of the rivers.

To handle bulk cargoes, Sealink has brought in a private port into the consortium, namely the Burutu Port, near Warri, Delta State. Burutu Port, which is the oldest port in Nigeria, was built by the British in the pre-colonial era. It has two warehouses and capacity to handle a million tons of bulk cargoes per day.

Sealink plans to reduce the cost of transportation of cargoes by up to 70 per cent. To achieve this, the company is currently collating information on exporters, their cargoes, volumes, trade frequency, evacuation points and destination ports. Sealink is also building its fleet in accordance with the cargo types, including bulk cargoes, container cargoes and perishable consignments. By smartly deploying its vessels and barges according to the profiles, Sealink aims to optimize its various capacities to bring down the cost of cargo transportation.

The critical off-takers the company has identified are miners of solid minerals. By providing logistical services to back mining of solid minerals in Nigeria, Sealink aims to establish the country on the global map of mining jurisdictions and help deliver on the export diversification aspirations of the government.

So far, the Federation of West African Chambers of Commerce and Industry (FEWACCI), the umbrella body of the chambers of commerce and industry in West Africa, has pledged to support the efforts at establishing the dedicated regional shipping line to boost intra-regional trade, even as the ECOWAS (Economic Community of West African States) Commission has adopted the Sealink as one of the seven Priority Projects under its development programme.

Concession Onitsha Port to be operational, moving cargoes is nothing—Stakeholders