At last, LASG reaches out to FG for assistance on Lagos-Badagry highway 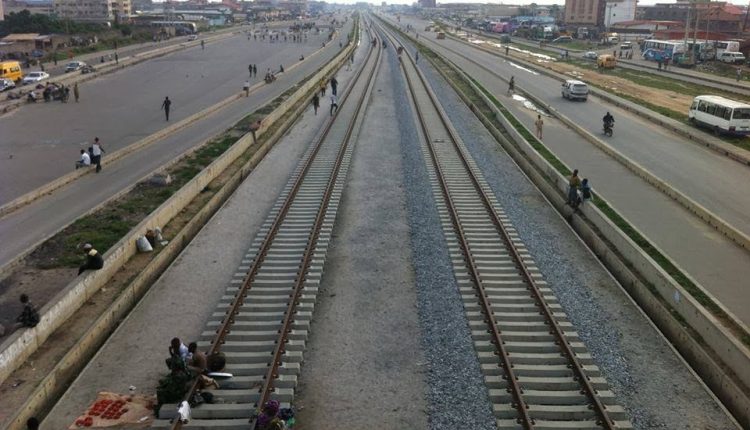 Following what can be observed as serious drop in the hitherto speed of work on the Lagos-Badagry Expressway by contractors, strong indications emerged weekend showing that the Lagos State Government is set to engage the Federal Government for either take-over or assistance in the delivery of the international highway.

This came after three days of rigorous deliberations at the yearly Executive-Legislative Parley of the Lagos State Government. Otherwise, the meeting saw a unanimous resolution to engage the Federal Government on the long-drawn-out rehabilitation work on Lagos-Badagry Expressway.

The Federal Roads Maintenance Agency (FERMA), an agency set up for the monitoring and maintenance of roads recently announced that the ongoing rehabilitation works of a section of the Lagos-Badagry Expressway are currently 88 percent complete.

According to Mr. Rufus Onimisi, FERMA South West 2 Zonal Coordinator, the project contractors (Wizchino Engineering Ltd) are fast-tracking the implementation of the project which spans from Igboelerin to Agbara.

Rising from the three-day parley hosted by Governor Babajide Sanwo-Olu and attended by Speaker of the House of Representatives, Rt. Hon. Femi Gbajabiamila, Speaker of Lagos State House of Assembly and Rt Hon Mudashiru Obasa, participants resolved to have discussion on some lingering issues around the reconstruction work on the international corridor.

To this end, a seven-man ad-hoc committee, headed by the Deputy Governor, Dr. Obafemi Hamzat, was set up with a mandate to have a dialogue with the Federal Government and secure a guarantee for quick completion of ongoing work on Okokomaiko-Seme Border stretch of the Lagos-Badagry Expressway. The committee is expected to give feedback to the State Government within weeks for further action.

All members of the State’s cabinet, all members of House of Assembly, National Assembly members from Lagos, key judicial officers in the State, members of Governor’s Advisory Council (GAC) and key traditional rulers attended the parley held at Eko Hotels and Suites, Victoria Island.

As part of the resolutions, participants demanded improved protection for Federal and State-owned assets within Lagos, and continuous investment in security infrastructure in the State. They said the level of destruction wreaked in Lagos during the violence that trailed last year’s youth protest called for installation of digital security gadgets to complement physical protection being provided for key Government assets in the State.

Special Adviser on Civic Engagement to the Governor, Princess Aderemi Adebowale, who read the seven-point resolutions agreed at the parley, said the participants pushed for massive investment in the education, entrepreneurship and ICT to address youth unemployment and restiveness.

The resolution reads in part: “In the last three days, we have discussed and share various ideas on how Lagos can be further secured and transformed to become the logistics and port hubs in Africa. Part of what needs to be done is acceleration and improvements on infrastructure of the State with emphasis on roads construction and sustainable integrated transportation system through Public Private Partnership (PPP) model. Quick completion of Lagos-Badagry Expressway, an international corridor, is key to boosting the State’s economy.

“To this end, we are raising a seven-man ad hoc committee chaired by the Deputy Governor, Dr. Obafemi Hamzat, to engage the Federal Government through the Ministry of Works and Infrastructure for the completion of the road from Okokomaiko to Seme Border. Other members of the committee include Special Adviser to the Governor on Works and Infrastructure, Engr. Aramide Adeyoye, Special Adviser on Arts and Culture, Mr. Solomon Bonu, two federal legislators and two legislators in the State House of Assembly.

“We are calling for an improved protection for Lagos infrastructure through the installation of digital scanners at all entry points and continuous investment in security infrastructure and equipment. This must be complemented with regular capacity building for security personnel to align with global best practice.

“To equip police officers serving in Lagos with adequate gadgets, there is need for the State to access resources from the Police Trust Fund domiciled with the Federal Government. We charge all federal legislators from Lagos in the National Assembly to lobby for this. Henceforth, there must be unique data on registration, identification and licencing of private guards and security operatives in Lagos, as well as the need to develop defined competencies for informal security guards.”

It was agreed that Local Government Areas should start contributing to Security Trust Fund, rather than leaving it to the State Government. Participants at the parley also agreed on the need for security clearance from relevant Ministries, Department and Agencies (MDAs) for the creation of motor parks in Lagos in order to regulate and address activities of miscreants.

Sanwo-Olu assured the participants of complete implementation of the resolutions, but said all hands must be on deck to sustain development and good governance in the State.

The Governor, who said the essence of governance was to prudently deploy public resources for public good, noted that the State’s citizens desperately yarned for delivery of democracy dividends that would improve their wellbeing.

He said: “The Executive and Legislature must work together to ensure that the rebuilding of Lagos is done urgently and efficiently. The vast majority of our people want Government to work for them. They don’t make any distinctions between the Executive and the Legislature; as far as they are concerned, we are all public officials elected to deliver on the mandate of efficient governance.

“There is no room for making excuses to our citizens, or blaming another arm of Government for the inability to deliver. It is up to us to ensure that, even though we are separate and independent arms of Government, we must always be on the same page and constantly resolving whatever issues and differences we have.”

The Governor thanked the participants for the ideas shared and direction offered during the deliberations, pledging to accelerate the process of implementing the resolution.