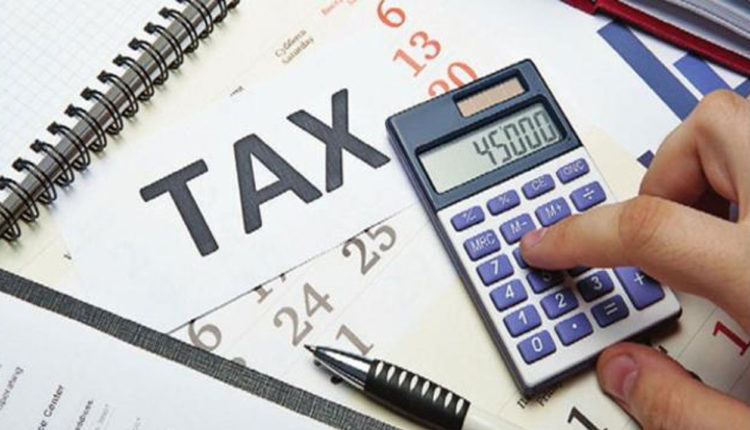 Principal partner at Andersen Tax Consulting Group, Mr. Chinedu Ezomike, has given convincing insights on the imports of the Finance Bill passed into law by the Senate last week.

Recall that last week, the Senate, in a historic move, approved all 56 amendments to seven tax bills sent to it by President Muhammadu Buhari.

Otherwise, unlike previous amendments approved by the upper legislative chamber, it did not alter or reject all the 56 amendments sought by Buhari in the Finance Bill.

However, this is coming amid a nationwide outcry and protests by citizens and stakeholders over its likely impact on the impoverished citizens following the upward review of Value Added Tax (VAT) from 5 to 7.5 per cent.

In an interview weekend in Lagos, he said “It is interesting that it is only the VAT that people are talking about, so I want to give a bit of background to this bill so we can appreciate the journey.” “This bill has been three years in the making; in 2016 the then Finance Minister setup a committee to look at the national tax policy and they looked at it with the aim of reforming it, to make it align with the best practices.

So this bill follows from that. Again in February 2017, the Federal Executive Council (FEC) approved that as a policy and then the journey continued. The biggest reform in this bill is not the VAT, it is actually Tax Act, where it resolved a lot of controversial issues. Issues that have been litigated over and over without clear judicial guidance.

According to Ezomike, “Some of the controversial issues include what obtained in Section 19 of the Tax Act, where the provision makes it possible that when a company makes profit and has paid taxes and then has retained earnings from this profit.

“Whenever he wants to redistribute that profit, there is a risk that he might be taxed again, if the dividend distributed that year is more that its profit for that year. That was what the law say, but the bill has resolved that.

“We have new companies that are in their first four years of business, running that risk of being taxed twice based on what they call the commencement tax. This bill resolved that and a host of other issues.

Continuing, the Andersen Tax expert averred that “The new law has given soft landing from small businesses.”

“The small businesses, which make less than 25 million naira revenue yearly; this bill took out their tax payments and said no more taxes for you to file your returns. And then businesses that have turnovers from N25 million to N100 million reduce their CIT to 30%. So those are positive aspects of the bill and a host of others.

“On the VAT aspect, of course it increased from 5% to 7.5%, but don’t forget, the law excluded small businesses, people that have less than N25 million as revenue, just to make sure that the people with small businesses are not burdened with taxation.

“The additional 2.5% is significant, but we always knew that this would come because we just heard on the news that the governors are happy with this bill because only 50% of this amount goes to the federal government, 50% actually goes to the state and that is where the money is needed most.

Ezomike noted that the new Finance Law actually encourages investment in the capital market and a lot of controversial issues that were not clear in the CIT Act.

“That is why I say that the major change is in the CIT, it kind of resolved issues for investors in that space.

“Again for capital gain tax… for example if you look at where companies are being taxed and taxed, there have always been an issue of if a company is transferring asset from one business to another within the same group, should VAT apply.

“So what I am saying is that we need to appreciate the bill for what it is. A lot of private sector ideas went into the bill. It is not only from the government to the businesses. When we talk about taxation, the main focus is the businesses that are required to comply with taxes.

“There is another major aspect of the bill that is very interesting, now you know that the last time we reviewed our CIT was in 2007 which is 12 years ago.

“Now tax is supposed to be dynamic in its nature because as businesses transform, tax also transform because it needs to follow the trend. Now we have a lot of digital economies right now, we have people who are able to watch movies or music and based on the way tax law in the country is structured, you need to be present in Nigeria to be seen as having a business in Nigeria.

“This bill again defines what we call economic presence, so even if you are not here in Nigeria, you can be considered as economically present because you are deriving income from Nigeria. So that will help us again to expand the tax base so that people that were not tax payers in Nigeria, now they would become tax payers in Nigeria, that is off shore companies.

On the chances of spiking inflationary trend, Ezomike agreed that “Yes unfortunately it might impact inflation, but again a lot of things impact inflation like the closing of the border and other things other than the VAT which actually did not target essential commodities”.