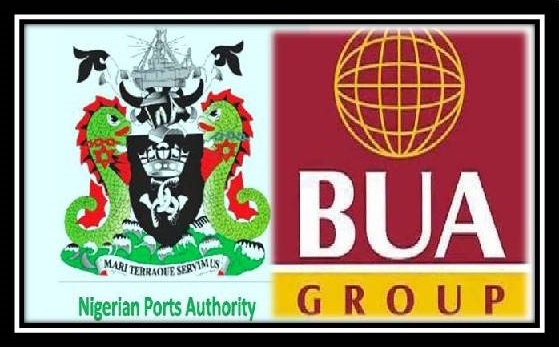 Once more the issue of ease of doing maritime business is now starring both the managements of Nigerian Ports Authority (NPA) and BUA Ports and Terminal Limited.

Whereas the former is the lead regulatory agency at ports, the company remains one of the major players at the Nigerian ports under the supervision of the NPA.

Weekend, BUA Group took some media executives on a tour of its latest $400m multi-process plant at its terminal in Port Harcourt.

Explanations from top officials of the company during the tour showed that apart from contributing largely to the development of the port industry, BUA has provided employments to many Nigerians.

They revealed that the coming on stream of the new plant which can process wheat, sugar and pasta without any hitches has provided well over 1,000 direct jobs and over 5,000 indirect engagements for Nigerians.

However, in a statement by the NPA over a recent media campaign by BUA Terminal in Port Harcourt seaport, the Federal agency noted that “Nigerian Ports Authority would rather not respond to the continued half-truths and falsehood being peddled by BUA Ports and Terminal Limited on the decommissioning of Rivers Ports Terminal B, operated by the said company, we are once again compelled to refute some of the claims by the company.”

In the latest press release, the company, while not repudiating the authority’s assertion that they have neglected to honour some of the terms of the concession agreement, alleged that the failure is a result of the NPA’s refusal to fulfil certain obligations.

They name these obligations to include: refusal to abide by a court order, provision of security, dredging of the port, repair, renew and rebuild quay walls.

“It is curious that BUA has continued to insist that the NPA has ran afoul of the injunction granted by the Federal High Court, Lagos, because there is no truth in this. Within the 18-month period between January 2018 when the injunction was secured and June 2019 when the Authority decommissioned Terminal B for safety concerns, BUA enjoyed peaceful occupation of the premises and berthed 117 VESSELS made up of liquid and dry bulk cargos!

“This puts a lie to every attempt to suggest that the NPA has flouted the orders of a court of law.  More so, the total number of vessels berthed showed that they have been making full commercial use of the terminal even with the poor quay walls and low draft.

According to the NPA statement signed Jatto Adams, General Manager, Corporate and Strategic Communications at NPA, “BUA Ports and Terminals Limited also claimed to have written several requests for approval to perform remedial works on the berth. This is a laughable claim as BUA only commenced writing the authority requesting to reconstruct the berth after the termination notice had been issued following 10 years of refusal to fulfil this obligation. How can you request to reconstruct a berth which you have no legal claim to following the termination? This is yet another of their attempts at deceiving the Nigerian public.

“On the provision of security, the absence of which BUA alleged: “led to the nefarious activities of hoodlums and vandals who over a period of time cut the pipes and steel beams of the berths thereby affecting their stability and consequently making remedial works imperative,” the Authority wishes to state that we have a record of three reported cases between 2014 and 2016, TEN YEARS after BUA was supposed to have commenced and concluded the reconstruction works.

“These acts of vandalism, (which were recorded on August 25, 2014 at 17:45 hours, June 27, 2016 and August 11, 2016 at 2:00 hours respectively) would not have happened if the company had complied with the agreement and conducted the reconstruction within 90 DAYS stipulated within the concession agreement as the collapsed state of the berth exposed the structures and allowed for the cutting. Nevertheless, the Authority is committed to continuously secure the berths despite these isolated cases.

NPA maintained that “For the avoidance of doubt, the decision to decommission Rivers Ports Terminal was out of safety concerns. This concern resulted from a May 16, 2019 BUA Ports and Terminals Limited letter informing us that the “jetty is in a state of total dilapidation and in urgent need of repair or reconstruction…our engineers have advised us that the jetty is liable to collapse at any moment…”

“The NPA would be an irresponsible organisation to look the other way and endanger the lives of Nigerians when a company painted this frightening situation in a letter sent to the Authority.

“The Authority is, of course, prepared to diligently pursue the arbitration process, which it initiated despite the delay by BUA. This continued media show cannot be used as a ploy to hamstring the NPA from performing its rightful oversight duties and protest the integrity of the Nigerian maritime industry,” NPA averred.

How far can mere declaration go on Maritime Security in Gulf of Guinea?