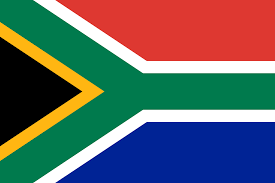 Africa Oil and Power (AOP) has reacted to the recent xenophobic violence in South Africa, saying the attacks on foreign nationals living in South Africa in unacceptable.

However, as government adopts measures to ensure safety for all, AOP calls for violence to come to an end; As of Monday, the South African Police has made 639 arrests related to the xenophobic attacks in South Africa; South Africa’s President Cyril Ramaphosa says there is no justification for the attacks and calls on ministers and the police service to find solutions to address the violence.

Africa Oil & Power (AOP) and its partners strongly condemn the violent attacks on foreign nationals living in South Africa which have resulted in businesses being looted and at least 12 lives claimed. In addressing the issue with determination to eliminate it, the government of South Africa has implemented safety and security action plans all over the country and aims to put an end to the xenophobic attacks.

“This is a time for South Africa to look back at its democratic breakthrough in 1994 in which the support of other African countries was critical in it achieving its freedom. The country is where it is today in large part because of the generosity and kindness of its neighboring countries,” he said.

Also raising concern and denouncing the surge of violence, CEO of Centurion Law Group and Executive Chairman of the African Energy Chamber NJ Ayuk said: “Most people, particularly most Africans, are familiar with this situation. The question is, then, what is to be done to end disproportionate violence and economic stagnation? Businesses are leaving and investors are not investing. The blame game is not going to work. We must own up to it, find solutions and fix it. This is not the Africa we are working for.”

Cautioning the vicious cycle that is bound to occur should the violence not be addressed with immediate action, he added that: “Many have given up on a solution and the hardliners on both sides are winning. This is going to underpin a vicious cycle, high rates of violent crimes, more poverty and killings. Words must become deeds that meet needs. We owe it to a lot of good people who are trapped.”

Business Hilights gathered that last week Thursday, South African Police spokesperson Lungelo Dlamini said there had been a “dramatic decline in public violence and looting” in Gauteng – where the violent attacks initially began – after 289 people had been arrested.

Whereas South African Special Envoy to most hit African countries including Nigeria in particular has presented a letter of apology to President Muhammadu Buhari on Monday in Abuja, President Cyril Ramaphosa, in an official statement endorsed on Twitter by Minister of Mineral Resources and Energy Gwede Mantashe said: “The people of our country want to live in harmony. Whatever concerns or grievances we may have, we need to handle them in a democratic way. There can be no justification for any South African to attack people from other countries.”

According to him, “I condemn the violence that has been spreading around a number of our provinces in the strongest terms. I’m convening the ministers in the security cluster today to make sure that we keep a close eye on these acts of wanton violence and find ways of stopping them.”

Mixed-use is the key to funding hotel development in Africa