Anambra cruising on the path of digital economy—Danbatta 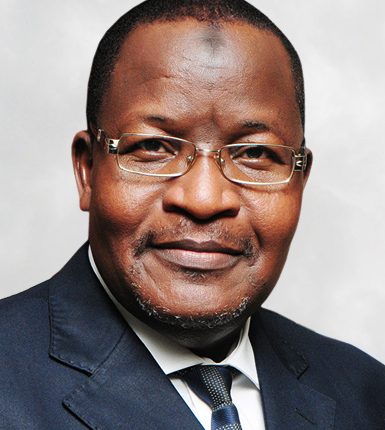 The Executive Vice Chairman of the Nigerian Communications Commission (NCC), Prof Umar Danbatta has described Anambra State as being on the speedy path of digital economy.

Speaking in his Goodwill Message at the Anambra State Broadband Infrastructure Development Stakeholders Forum held on Tuesday virtually, the EVC represented by the Director, Digital Economy at the Commission, Dr Austin Nwaulune averred that “Hosting the forum and having me to speak on the subject “facilitating Broadband Access in Anambra State through a favourable Right of Way Regime through a Favourable Right of Way Regime” are testimonies that Anambra State is cruising on the path of digital economy.”

I am particularly delighted to inform you that the Commission in the drive for Broadband has licensed Infrastructure Companies a.k.a Infraco for the South East and five (5) other zones of the Federation including Lagos as a special zone.

Prof Danbatta explained further that “Under this initiative, the South-East Infraco licensee (Messrs. Zinox Technologies Ltd.) will be required to provide at least one (1) Point-of-Access (PoA) in each of the 95 LGA’s that constitute the region and interconnect them with 1,314Km of Optic Fiber Cable(OFC).

“Right-of-Way (RoW) charges, is a major limiting factor to provision of broadband services in Nigeria, as it slows down network deployment with the cost of the limited capacities ultimately passed to the subscribers.

“Knowing this, the Honourable Minister of Communication and Digital Economy Dr Isa Ali Ibrahim (Pantami) FBCS,FNCS;FIIM and the Commission’s Management-led by my humble self are committed to keep dialoguing with the Federal and State Governments to lower the charges to N145 per linear meter earlier agreed or waive the charges entirely as we know that this is the path to progress in our drive for Broadband propelling rapid roll-out of services and better the livelihood of Nigerians through the myriads of services that come with the Digital Economy where Fibre Infrastructure play a major role.

Continuing, NCC applauded Governor Wille Obinano and Anambra state for being one of the two states that have not just reduced the Right of Way charges offered to operators, but waived it completely, for this, we are eternally grateful. This action, is sure, to put Anambra State on the global map of Digital Economy.

NCC disclosed also that “Result of study has shown that for every 10 percent increase in Broadband penetration, there is a corresponding 1.38% increase in GDP. This RoW waiver, will also make Anambra State more attractive to Network operators and attract investment in the infrastructure needed to support economic wellbeing of your Excellency’s economic jurisdiction.

“The Commission has always encouraged Governments to include Telecommunications infrastructure like ducts and others as they plan their cities and towns. A well planned city is one of the keys to the Digital Economy, a planned city anticipates future development, opens new revenue streams for government and safeguards roads, water pipes, bridges and other infrastructure from unnecessary destruction and re-adjustments to fit-in additional infrastructure in the future.

“The Commission is confident that the efforts of the Government and people of Anambra state will usher in a new technological vista for the state by providing enabling environment for Entrepreneurs and Innovators in the field of ICT. This, will complement the renowned Nnewi Hardware Technology Hub.

“I will not end this remarks without calling on the other state governors to emulate the two states that have entirely waived the RoW charges for Network operators. I also do urge His Excellency to be our advocate to his other colleagues to emulate their elimination of RoW charges.

“This for sure will unleash economic wellbeing tomorrow; turning our teaming youths to job creators instead of seekers, for those that choose to be innovators and entrepreneurs and millions of technology jobs for those that choose to seek white collar jobs. Giving up the RoW fees today is like separating seed that you will sow to guaranty a prosperous future (Digital foundation) in numerous thematic areas; Commerce, Education, Agriculture, Finance and Trade Education Health and Social, Business and Industry, Transport and energy, Safety and Security e.t.c