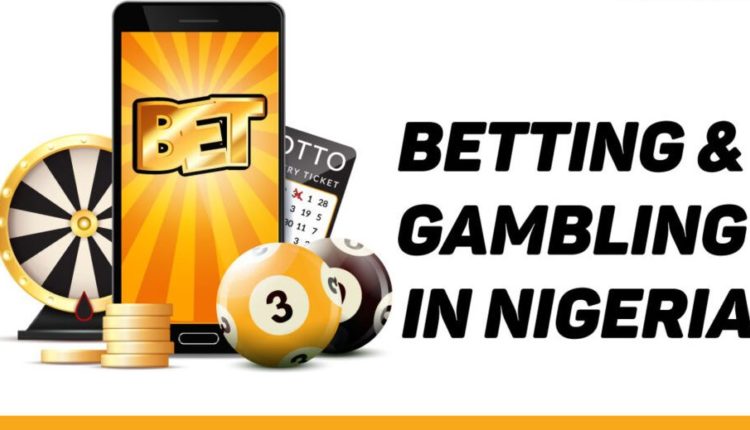 Latest report released by leading Nigerian statistical research group, NOIPolls has revealed that gambling and gaming are about to take over the lives and productive periods of Nigerian youths.

The report also revealed that Nigeria is one of many countries that are being inundated with sports betting.

According to the report, the Nigerian sports betting (online and offline) and gaming industry has grown geometrically in the past few years. This remarkable growth can be attributed to the country’s population and increased access to the internet via enabled internet devices such as mobile phones, tablets, laptop, desktops etc.

Gory statistics it presented averred that about 60 million Nigerians between the ages of 18 and 40 are involved in active sports betting.

On average, these punters spend roughly ₦3,000 Naira every day on bets.

Sport betting shops can now be spotted in almost every street in Lagos and new ones are popping up daily. Gambling in Nigeria is regulated by the National Lottery Regulatory Commission (NLRC) and it is worthy to note that all forms of gambling are restricted from all residents of Nigeria below 18 years.

NOIPolls findings revealed that most Nigerians believe that gambling is becoming very popular in the country, particularly amongst the country’s bulging youth population and sports fans.

“A significant proportion of Nigerians polled (77 percent) attested to the high prevalence of betting and gambling in their locality; particularly amongst respondents in the South-West (92 percent) and South-South (91 percent) geo-political zones which recorded the highest prevalence. Similarly, gambling has become a growing trend amongst young Nigerians aged between 18 – 35 years, who accounted for the highest proportion of Nigerians who engage in the practice. According to a report by News Agency of Nigeria (NAN), about 60 million Nigerians between the ages 18 and 40 years spend up to N1.8 billion Naira on sports betting daily with an average investment of N3,000 Naira per day.

“Furthermore, in terms of active participation, 36 percent of those polled admitted that they personally engage or have family members who engage in betting; with more than half of this group of respondents (53 percent) engaged in daily betting. On the other hand, 60 percent of this same group reported that they win a bet ‘few times a month’; while 8 percent revealed that they have ‘never won a bet’. In addition, the poll highlighted that people prefer betting platforms that offer timely redemption of winnings, favourable odds on games, reputation for prompt payment and are easy to use. Finally, respondents identified reasons why Nigerians engage in betting and gambling to include: ‘quest for quick money’ (30 percent), ‘high rate of unemployment’ (21 percent) and ‘greed’ (15 percent) amongst other reasons.

Analysis across geopolitical zones shows that the South-West zone recorded the highest prevalence (92 percent) while the North-East zone had the lowest prevalence (58 percent). Betting has become a growing trend among youths in the country as the findings also revealed that those aged 18 – 35 years accounted for the highest proportion of Nigerians who engage in it.