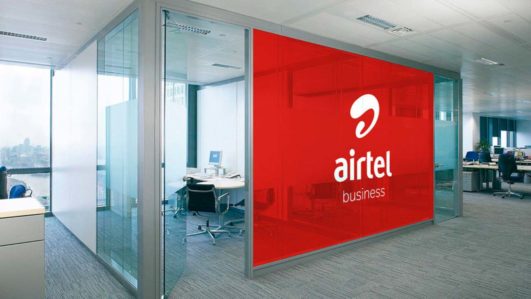 More industry leaders have joined the Nigerian Communications Commission (NCC) in advancing the fact that fibre cuts arising from road construction activities nationwide remain one of the major causative factors in not only drop calls, but other manifestations of poor Quality of Service (QoS).

Speaking at a recent press conference in Lagos, Airtel Nigeria revealed that it has experienced 1,022 fibre cuts in the past eight months, which have affected its network quality of service.

In his submission, Airtel Nigeria Director of Corporate Communications and CSR, Emeka Oparah, told journalists that 405 cases of the fibre cut were as a result of road rehabilitation by construction workers across the country while 617 cases were due to vandalism between July 2019 and February 11, 2020.

Airtel therefore called on the Federal Government to urgently declare telecoms infrastructure as Critical National Infrastructure, saying it would go a long way in helping to safeguard telecoms investment.

Business Hilights recalls that about two weeks ago at the public hearing on the increasing rate of drop calls by the Joint Committee on Communications, Trade and Investment of the National Assembly, on Wednesday, mixed reactions trailed opposing explanations presented by the NCC and the Minister of Works and Housing, Mr Babatunde Fashola.

Trouble had started when the Director of Technical Standards and Network Integrity (DTSNI) at the Nigerian Communications Commission (NCC), Bako Wakil argued that drop calls emanate from fibre cable cuts orchestrated by construction activities which weaken the service strength of networks.

However, in his response, the Minister of Works, took a swipe at NCC for allegedly shelving its mandate of regulation for advocacy ambassador for the telecommunications companies.

The Minister further argued that “If I understand what you are saying very well that drop calls are caused by severed cables during construction activities, my question then is for you to tell us how the calls were connected in the first instance?

Continuing, he stressed that NCC should rather than serving as a lawyer for telcos, play the role of intermediary between the business and the consumers without leaning unduly to any side especially the players.

According to the Minister, “The person who must be a regulator, his mindset must be different from some of the things I have heard today and it is not usual for me to disagree with a colleague, it is not my nature but I think if the telcos wanted to hire a lawyer, I think the regulator has done a better job for them here today.”

However, the fact remains that even though the Minister, being a lawyer was smart enough to anchor his reasoning on why cuts affect drop call without affecting calls origination, industry experts have time without number made it clear that incessant cutting of fibre cables or vandalisation of telecoms infrastructures during construction activities have a strong hand in hobbling quality of telecom services in Nigeria and that remains the core cause of drop calls.

Severally, experts have called for a strategic cable cut alert platform between construction firms and network operators so as to get early signal on affected cables, where they were cut and fix them on time.

From all indications, the Minister seems to have spoken even as a defence lawyer for telcos and more of who is not in the know of the regulatory monitoring and enforcement of NCC in the last couple of years.

It is on record that NCC remains the most vibrant agency of the government in terms of regularity of sanctions on MNOs whenever they err. For many times, networks had been fined for breaches in code of corporate governance and standard operating procedures. Not long ago, many of them were sanctioned on grounds of poor quality of services and the multibillion naira fine slammed on MTN for breaches in SIM deactivation is still fresh in the memory of many Nigerians including the Minister.

No doubt, the Minister spoke almost as a layman on issues bordering on the impacts of fibre cuts on quality of service. Otherwise, the Minister ought to have recalled that recently when the submarine cable powering data services between Europe and the whole of Africa got ruptured, almost all networks suffered shocks which lasted till recently.

Also, Fashola should have known that telecoms services thrive better and well in atmospheres of safe fibre optic cables and none vandalisation of critical telecoms infrastructures.

(There meeting was a follow-up to discuss how to address the issue of Right of Way (RoW) and other similar challenges confronting the telecoms industry. You will recall series of report you have done in recent past around the issue of RoW.

In all ramifications, the Minister could not have been correct in his argument that if cuts are responsible for drop calls, the same cuts ought not to have allowed calls to go through in the first instance, because cuts weaken the strength of connectivity which usually give room for drop calls.