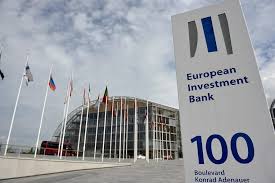 Explaining more on the brain behind SheInvest, EIB boss said the scheme will among other thing; drive the initiative to allow women to play a more active role in economies.

According to him, “This initiative aims to promote female entrepreneurship,” said Fayolle, noting that female entrepreneurs will also gain business skills from the initiative. He explained that the financing will promote gender investment related to climate change and is part of broader European engagement to provide targeted support for new investment that supports increased female economic participation in Africa.

Business Hilights recalls that the EIB is the lending arm of the European Union. The EIB has supported investment in Africa for more than 50 years. Last year, it provided a record €3.3 billion to African countries, with more than half the funds being pumped into the private sector.