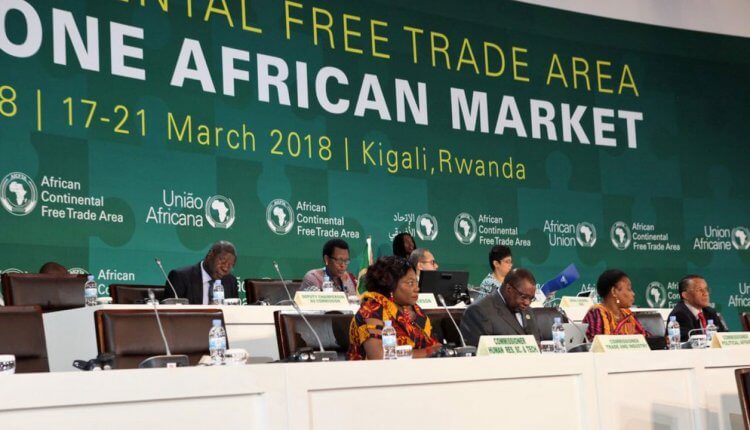 What can be seen as a test case of how Nigeria will perform in the African Continental Free Trade Agreement (AfCFTA) is now playing out at the ongoing Food and Beverage West Africa, the largest trade exhibition in West Africa, at the Landmark Centre in Lagos. The trade fair is packaged to showcase West Africa’s products on food and drinks.
AfCFTA is a trade agreement between 49 African Union member states, with the goal of creating a single market followed by free movement and a single-currency union.
The continental scheme was signed in Kigali, Rwanda, on 21 March 2018 and since then, several countries had continued to sign on but key economies including Nigeria, South Africa and Egypt are yet to join.
Checks showed that out of about 120 exhibitors, Nigerian firms could not make up to 35 per cent even as majority of the remaining 65 per cent international exhibitors say they are ready to promote and support Nigerian businesses in the first instance.
In their second instance, they indicated willingness to move into the market to initially find partners, and then in the longer term, plan to establish a manufacturing presence in the near future.
Further interpretation of the findings on body language of the foreign exhibitors showed that they have seen strong window of market that unfortunately had not been internalized by local small and large scale entrepreneurs.
The findings go further to align with the fears of the Federal Government as earlier indicated by the nation’s organized private sector who had insisted that serious caution must be taken before Nigeria signs the AfCFTA agreement.