Recall that before now, aside Anambra State, no other state government had procured locally made cars as official vehicles for their workers.

Governor Uzodinma, while delivering the cars at the Government House said “this is a new dawn, a new chapter and a new Imo” that he promised.

He noted that the gesture is in line with his promise to motivate the Civil Servants by providing them with necessary tools to boost efficiency at work.

The Governor said: “The Permanent Secretaries who are the administrative heads are naturally the first beneficiaries of these programmes designed to motivate workers.” He then proceeded to hand over the keys of 18 (eighteen) brand new salon vehicles to the Head of Service, Dr. Camilus Iwuagwu.

Governor Uzodinma who restated his resolve to make Imo a model state announced other incentives for Imo workers including car loans and housing schemes.

The Governor further stated that plans are in top gear for a Staff Transit programme for junior Civil Servants at subsidized cost for ease of transportation.

“The Secretary to the State Government will be liaising with the Head of Service to work out a staff transit programme for junior workers in the civil service. The programme will ensure that junior workers are picked from, and dropped at designated locations at subsidized cost”, he said. 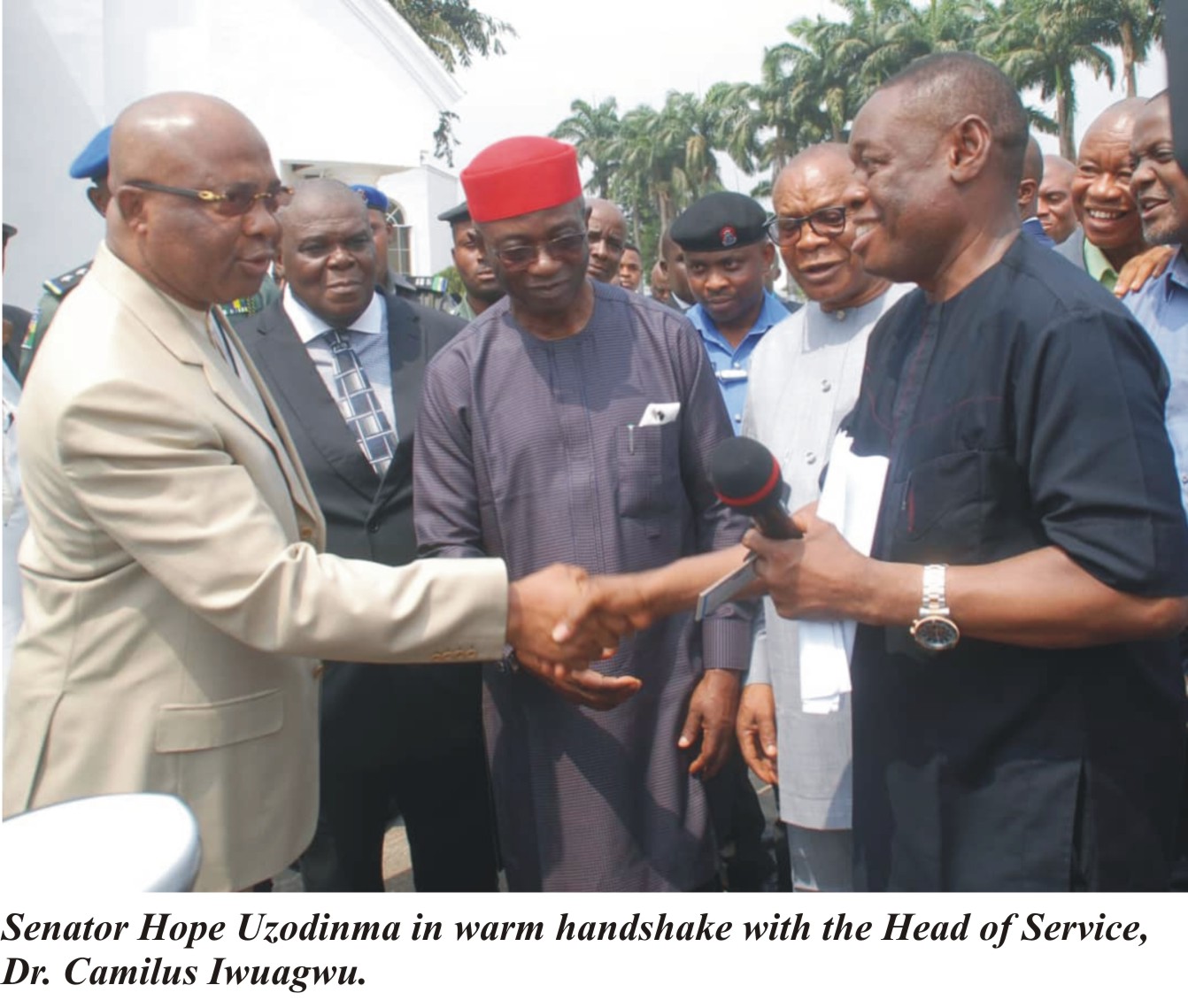 Responding, an excited Head of Service, Dr. Camilus Iwuagwu, on behalf of the Body of Permanent Secretaries expressed appreciation to the governor and pledged to double their efforts towards realizing the ‘3R; mantra of Rehabilitation, Reconstruction and Recovery of the administration of Governor Uzodinma.

Dr. Iwuagwu reiterated his earlier pledge on behalf of the civil Servants that increased productivity was necessary as government needs resources to meet the demands of the workers.

He promised that the workers will not only be loyal to the government, but work in tandem for the good of Imo State.

Records also showed that whereas the founder and chairman of IVM, Chief Innocent Chukwuma had severally donated armoured and security vehicles to the Nigerian Armed Forces, upon all the official visits to the company in Nnewi by federal government officials, the apex government is yet to place order for purchase of the Nnewi products.

Among top officials of the present administration that had visited the plant included the Minister of Information, Mr Lai Mohammed and the Vice President Yemi Osinbajo.