66th most powerful in the world, Dangote, gives tips to FG on how to grow tax net 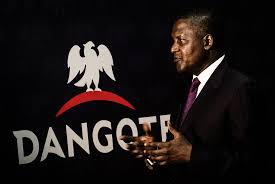 At a time the federal government is pursuing every means possible to capture many Nigerians, businesses and multinationals into its currently shallow tax nets, leading industrialist, 66th most powerful person in the world and President of Dangote Group, Alhaji Aliko Dangote, has given a free tip on how to deepen the net after all.

Just as the Vice President Yemi Osinbajo on Wednesday revealed that the tax net of the federal government has managed to hit 19 million both in people and corporate citizens, in his presentation at an entrepreneurial training of the Lagos Business School (LBS), which is the institute’s Owner-Manager programme, he called on the government to create more entrepreneurs like himself, so as to gross its revenue from taxes.

He argued that with his group’s huge investment in the cement industry, Nigeria would be the largest cement exporter by 2019 in the entire Africa.

According to him, “between 2007 and 2017, his company paid about N251billion as taxes to the government, and is also expected to pay about N1.2trillion in the next five years”.

However, he was quick to educate Nigerian business operators to always avoid businesses, which they could not really explain the processes involved from beginning to end, saying it was the model that they used, which the top 10 of them in the company could explain its process from A to Z.

Continuing, Dangote averred that the challenges of businesses in Nigeria are compounded by the lack of electricity and inconsistencies in government policies.

Explaining more on the cement sector, he disclosed that Nigeria has moved from import dependency to self-sufficiency, from 76 per cent in 2003 to 95 per cent in 2015, noting that currently, it accounts for about 10 per cent of Foreign Direct Investment inflows.

Besides, Business Hilights garnered further that details on Dangote’s global influences going by the Forbe’s 2018 ranking of the World Powerful people, placed him among world leaders like Xi Jinping, the Chinese President, Vladimir Putin, the Russian President and Donald Trump, the President of the US, all of whom were ranked first, second and third respectively.

Dangote was ranked 66th most powerful person in the world ahead of Mike Pence, the Vice-President of United States ranked 67 and Qamar Javed Bajwa, the highly influential Chief of Army Staff of Pakistan who ranked 68.

The Africa’s richest man is the only Nigerian on the list and one of the only two Africans who made the list with the other being the Egyptian President, Abdel Fattah el-Sisi, who ranked 45th most powerful.

Dangote is the Chairman of the Dangote Cement which produces 44 million metric tons annually across the African continent and still plans to expand and increase its output by 33 per cent by 2020.

According to the Forbe’s rich list, Dangote as at March 2018 had an estimated net worth of $14.1 billion and ranked among the 100 richest in the world and the richest in Africa, a position he has held for almost a decade.

Dangote reached the peak in 2014 when he came 23rd richest in the world and in 2013 surpassed the Saudi-Ethiopian billionaire Mohammed Hussein Al Amoudi by over $2.6 billion to become the world richest person of African descent.

It will be recalled that the President of the Dangote Group of companies has often made such lists due to his business concerns and humanitarian efforts in Nigeria and other parts of the world especially his efforts through the Aliko Dangote Foundation to rid Nigeria and Africa of polio, malaria and mal-nutrition.