3 years after MTN, Vodafone set to unveil 4G network in Ghana next week 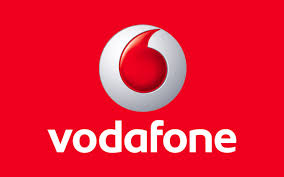 Barely three years after leading telecommunications giant in Africa, MTN, launched its 4G LTE services in Ghana, Vodafone Ghana will on Tuesday, March 19, switch on its 4G network service across major cities in Ghana to provide superior internet experience to its customers.
Business Hilights Ghana Bureau recalls that MTN Ghana had in June 2016 launched its 4G internet service in Ghana to provide its customers with fast internet experience.
This followed the award of 4G frequency spectrum of 800 MHz Band to MTN for its mobile phone services by the National Communications Authority (NCA) in December 2015.
Available details on the planned rollout by Vodafone Ghana showed that the telecommunication company has connected the 4G service to 200 of its cell sites in Accra, Kumasi and Takoradi to enable the customers to have access to the service.
A cell site refers to the antenna equipment and ground equipment used to transmit cell phone signals to and from the mobile phone and back to the receiver.
At a pre-launch media briefing, in Accra, on Tuesday this week, the Chief Executive Officer of Vodafone Ghana, Madam Yolanda Cuba said the 4G network had become a necessity in everyday life and, thus, invested $100 million in infrastructure and new equipment towards its deployment.
While revealing that the Company’s technical team had been able to fast-track the process for an early launch of the 4G service, instead of later in the year, Cuba averred that currently a little over a million smart phones in the country are 4G compliant, noting that many of the phones were 3G enabled.
Continuing, she expressed excitement that Vodafone’s customers would now experience faster data speed and gave the assurance that it would work with the regulator to promote digital inclusion in the country.
The move followed the resolution of all the financial hurdles between the Government and shareholders and was optimistic that the 4G network would enhance profitability of the shareholders.
The journey for the launch effectively started when Vodafone Ghana reached an agreement with the National Communications Authority (NCA), last year, for the purchase of one slot of the 2x5MHz frequency spectrum in the 800MHz band for mobile services.
The slot, purchased at the cost of $30 million, was awarded to Vodafone following the successful financial negotiation with the NCA, in line with the Authority’s published programme for the bid process.
Recall that the Government of Ghana has 30 per cent shares and Vodafone Group owned 70 per cent shareholding in Vodafone Ghana.